When I read Brendan Bayew’s – @MrBayew – piece on storytelling and mathematical understanding, I was struck by the level of thought he had clearly put into his lesson preparation. It was a pleasure to read and, as I write, I have teachers exploring the major themes and suggestions in their classrooms.

It also made me think about the value of carefully constructed lessons and the value of sharing them with others, warts and all. I say warts and all because no lesson is ever perfect and I’m sure there will be flaws in this example but I feel that it’s worth discussing how certain strategies might be given due consideration in the hope of helping pupils attain the aims of the Primary National Curriculum.

“…the main caveat of taking the time to consider lesson construction so carefully is that other forms of workload must be reduced in order to allow us the time to do so.”

The lesson in question began with a review. Questions were chosen to allow for “optimum” spacing between opportunities for retrieval and drawn from the White Rose Scheme 2.0 so that I didn’t need to spend time reinventing any wheels. I suppose the main caveat of taking the time to consider lesson construction so carefully is that other forms of workload must be reduced in order to allow us the time to do so. There are a few examples of how I, personally, have done this in preparation for this lesson and the first is the use of the wealth of materials that already exist whether it be published scheme, text book or otherwise. In this instance I know what the pupils learned last week, last month and last term (usually there would be a yesterday as well but it’s Monday) and I have identified questions which will provide opportunities for retrieval of previously learned material.

At this point I feel it’s worth pointing out that while I have chosen to place this review of prior learning at the beginning of the lesson, it doesn’t need to be. This works for me but so long as it is happening on a daily basis then I don’t see the harm in having it, for instance, after lunch, first thing in the morning or wherever your timetable may allow. For me, as I’ve said, approximately 20 minutes at the beginning of the lesson are dedicated to retrieval of prior knowledge. Here the pupils were given 10 minutes to answer the questions with a further 10 for review and instruction, where necessary.

Once the review was complete, we then segued seamlessly into the main body of the lesson. In this instance, but again not in all, I provided pupils will an example of a particular type of problem. I explained that although they may not yet understand where to begin to solve such a problem, what they were about to learn would provide them with the requisite knowledge to do so with relative ease. This particular example was taken from Testbase. 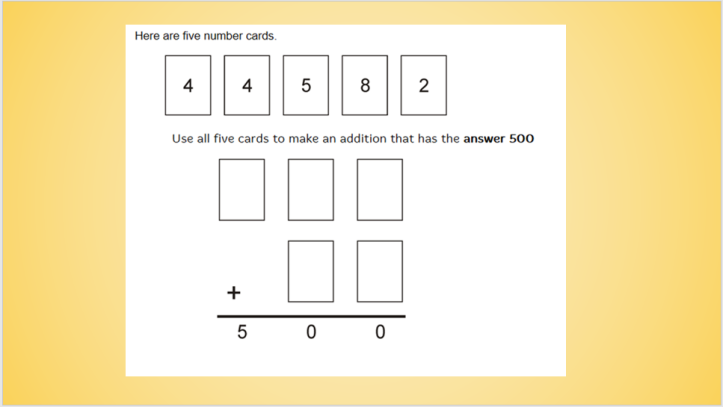 “Five questions carefully selected to both illuminate a mathematical procedure/concept and make the most of variation theory and the role it can play in enhancing pupil understanding.”

And so, on we did move. Notice in the picture below that I have chosen but five questions. Five questions carefully selected to both illuminate a mathematical procedure/concept and make the most of variation theory and the role it can play in enhancing pupil understanding.  Notice that I didn’t need to print anything, needed not to spend hours circumnavigating the World Wide Web. Instead, I made the most of the time I had and thought carefully about the questions – I’m sure it’s not perfect but I feel that it was a good and productive use of my time.

To be honest, I’m not one hundred percent about the placement of the discussion prompted by the questions at the bottom of the slide but part of me is leaning heavily towards asking pupils to consider the questions after they have attempted to answer them. At least that way they will have some experience of the questions and may be a little more aware of the underlying structural differences/similarities.

I modelled the formal written method of addition used where regrouping is required and the pupils answered the questions. While it may appear that I have just expected the pupils to answer the questions this is merely because the focus of this post is on variation and problem solving and it would be entirely unmanageable to cover everything within just one post. It is indeed my intention to explore how some pupils accessed the content via pictorial representations. However, for that, we must wait just a little longer. 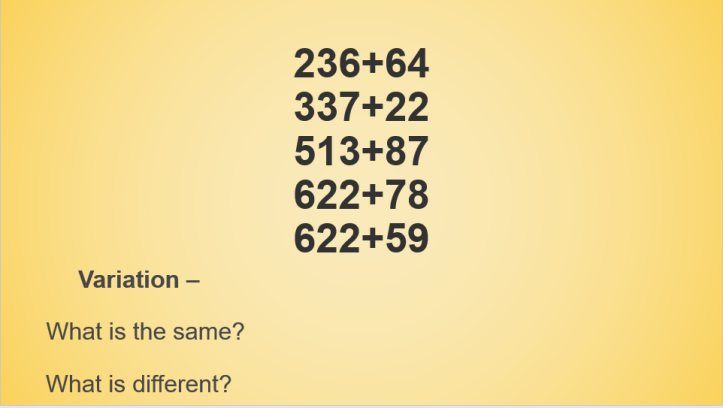 On this occasion I asked pupils to consider what was the same and what was different upon completion and I am always amazed by how close they often come to articulating the underlying mathematical themes and concepts. The discussion that followed, like any discussion, brought up a range of interesting and idiosyncratic responses/observations but overall we agreed on three observations. The number of digits, the need for regrouping and the usefulness of number bonds to 10. This last point, the difference, would be key to solving the problems found later in the lesson and this is why I chose to illuminate it through utilisation of, carefully chosen, varied questions.

“…an hour is not, and nor should be, the universal unit of measurement of learning…”

At this point in the sequence/lesson there is an assessment to be made. Do the pupils understand, can they use the method efficiently, do we need a little longer to practise. The answer to this question is likely to be the deciding factor in whether or not what was intended to happen during one lesson will now take place over two or perhaps three lessons. For the sake of this post, I will continue onto the next stage, per se, but it would be wise to always have at the front of your mind that an hour is not, and nor should be, the universal unit of measurement of learning. It takes as long as it takes to do properly.

We then returned to the problem highlighted at the beginning of the lesson. Learning about domain specificity was something of a watershed moment in my career and while I have done what I can to absorb the related body of knowledge, I don’t think I’ve heard it described as succinctly as Craig Barton does in his recent publication “How I Wish I Taught Maths”. I must admit that, at the time of writing, I have not yet read the aforementioned book but I have, just last week, ordered 3 copies for school and will no doubt have devoured it before the end of meteorological Spring. As such, my understanding of Craig’s proposed three-point strategy for solving problems, though not my understanding of the principles in general, is drawn from a discussion with a colleague and so I do apologise if I have paraphrased incorrectly.

I displayed the above slide and explained that to solve a mathematical problem we must consider the four things (outlined above). After a bit of discussion we agreed on the following points. Central to the problem is an understanding of number bonds to 10 and regrouping. We then decided that the answer would reveal itself should we identify the first bond to 10, as from there, it should prove relatively straightforward.

Essentially, what we focused on then was a worked example of how to solve the given problem, using the knowledge and understanding gained during the preceding instruction/practise stage. It is difficult to show this without going overboard on the slide photos but the first example was a fully worked systematic example of the problem and how it “should” be solved. 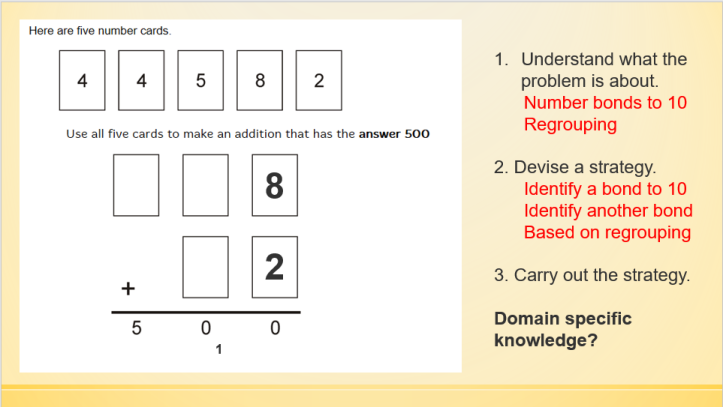 From here, the quantity of example, so to speak, in the worked example was gradually phased out and some further question variation was deployed to ensure pupils were focused on the mathematics inherent in the problem. This process is shown, as best I can, in the images below. 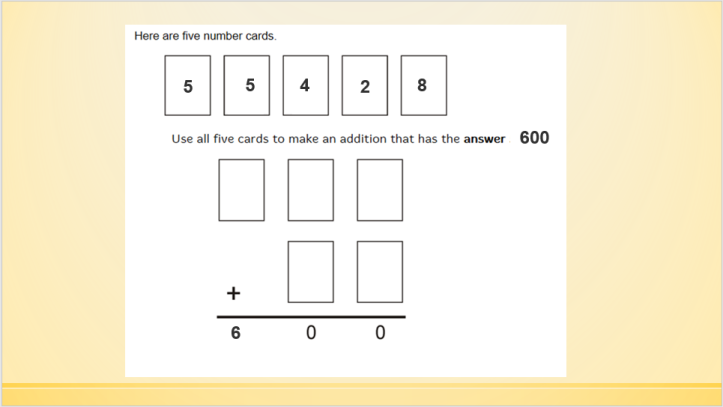 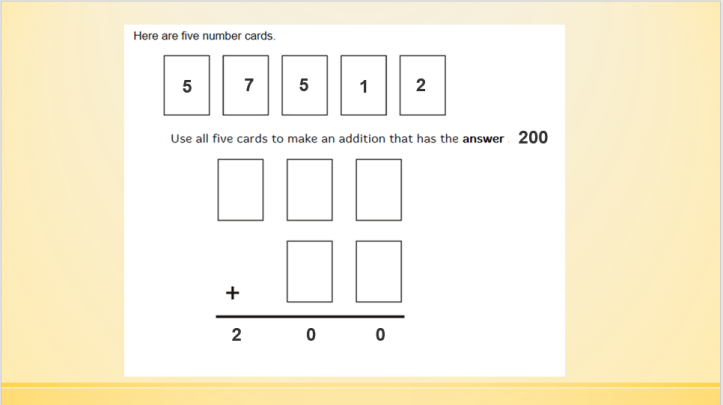 The lesson flew by but as our time drew to a close, two things took place, the decision was made to include a similar question/problem in the review at carefully spaced intervals (the first of which would be tomorrow) and pupils would be given the chance to write their own “similar” problems at the beginning of the next maths lesson.

As I alluded to earlier in this post, preservation of time is important and what research we do have to draw on should ultimately reduce workload for class teachers. As such I feel it important to make explicit the decision I made with this in mind, regardless of its impact on the flow of the piece.

In order to preserve my own time, I employed the following strategies during the lesson:

I think it’s fair to say that I wanted two things from this lesson/sequence. First, I wanted pupils to develop an efficient written method of calculation where regrouping is involved (something we have probably only touched on slightly in this piece). Secondly, I wanted pupils to understand how this knowledge (with some supplementary and supposed preceding knowledge) can be applied to solve a particular type of problem which would in turn, suggest to me, that anyone able to do so understands the concepts in such a way as they can be deemed to be meeting the aims of the National Curriculum.

Whether or not I have been successful, remains to be seen as it will be months before I can hope to have any representative measure of the changes this lesson may actually have made on pupils’ long-term memories. What I have done, however, is take the time to consider strategies and approaches, which may best help us achieve this shared aim in this particular instance. There are strategies I have not deployed and others I have forgotten but in the main I did what we should all have the time to do, consider the learning we want to take place and how “best” we can structure a lesson in order for this to become a reality. 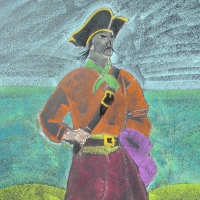